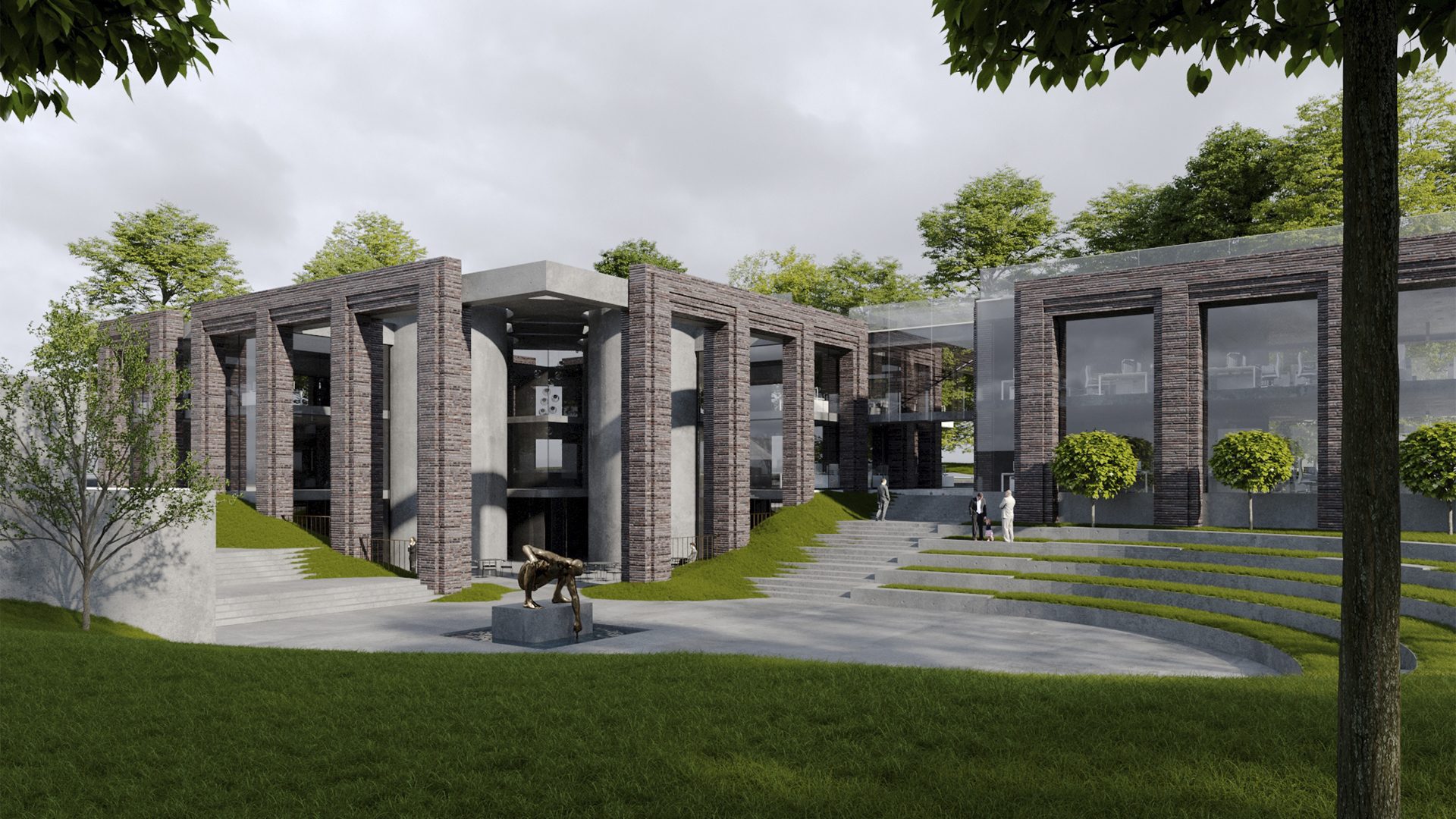 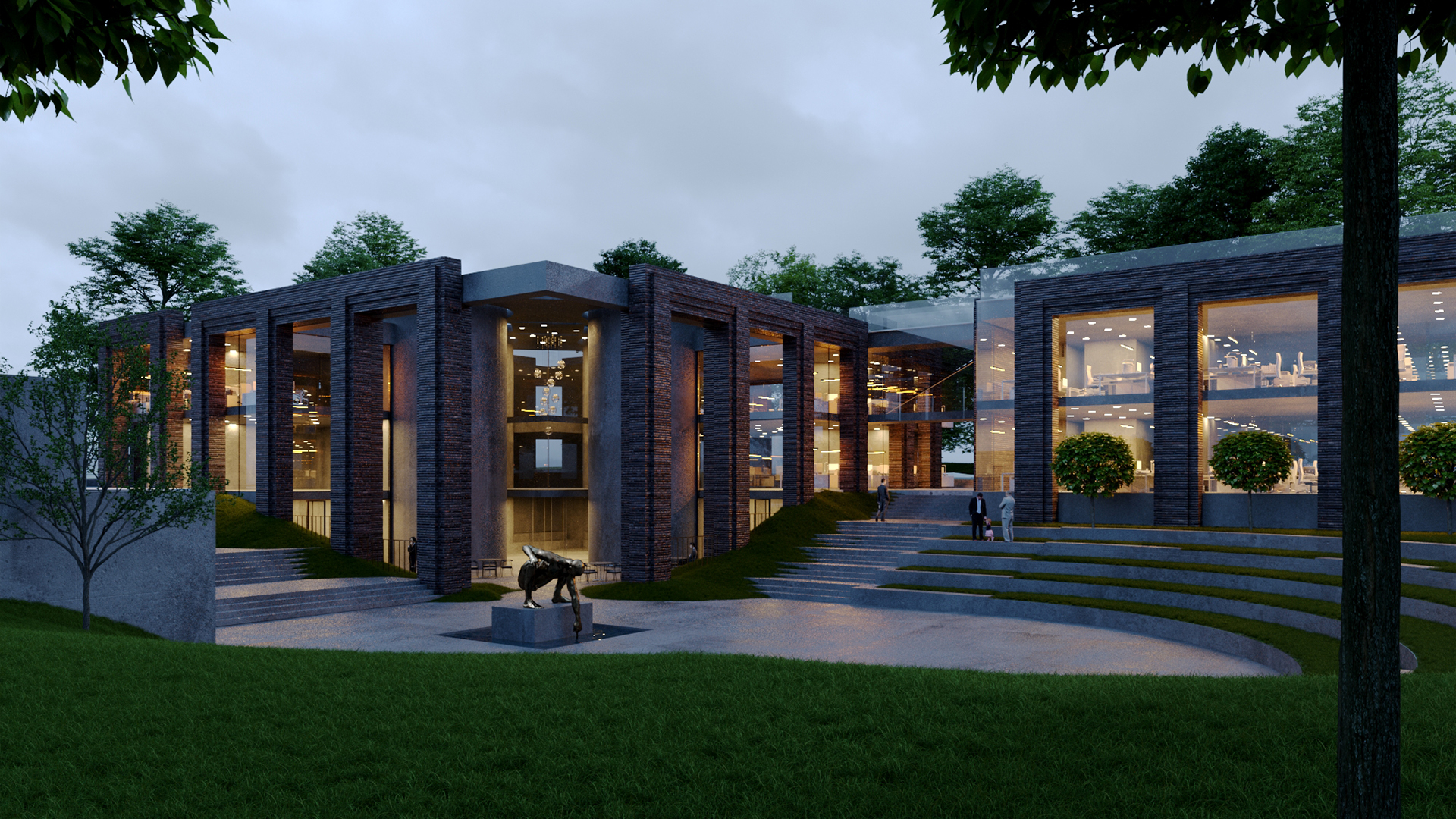 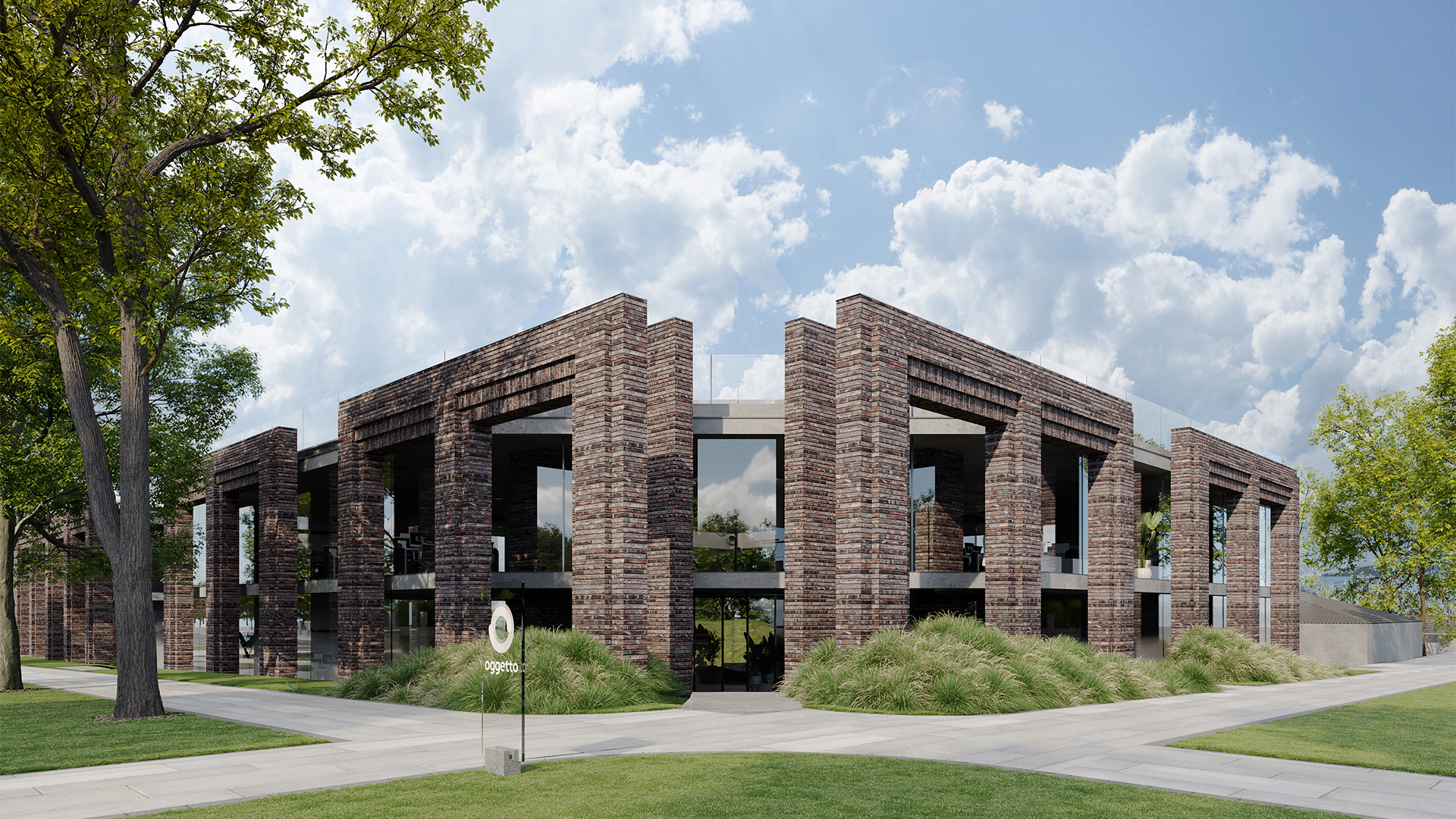 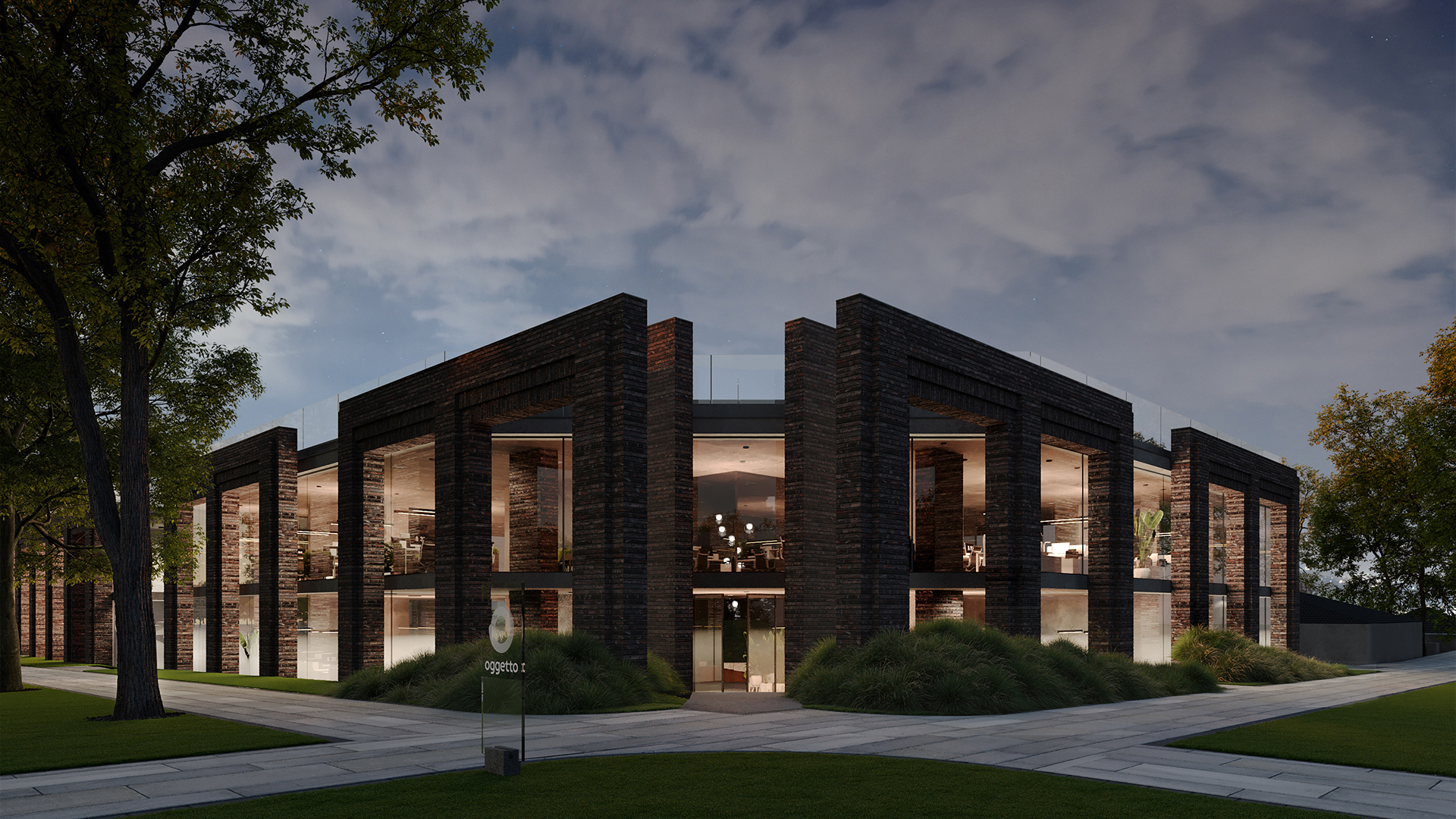 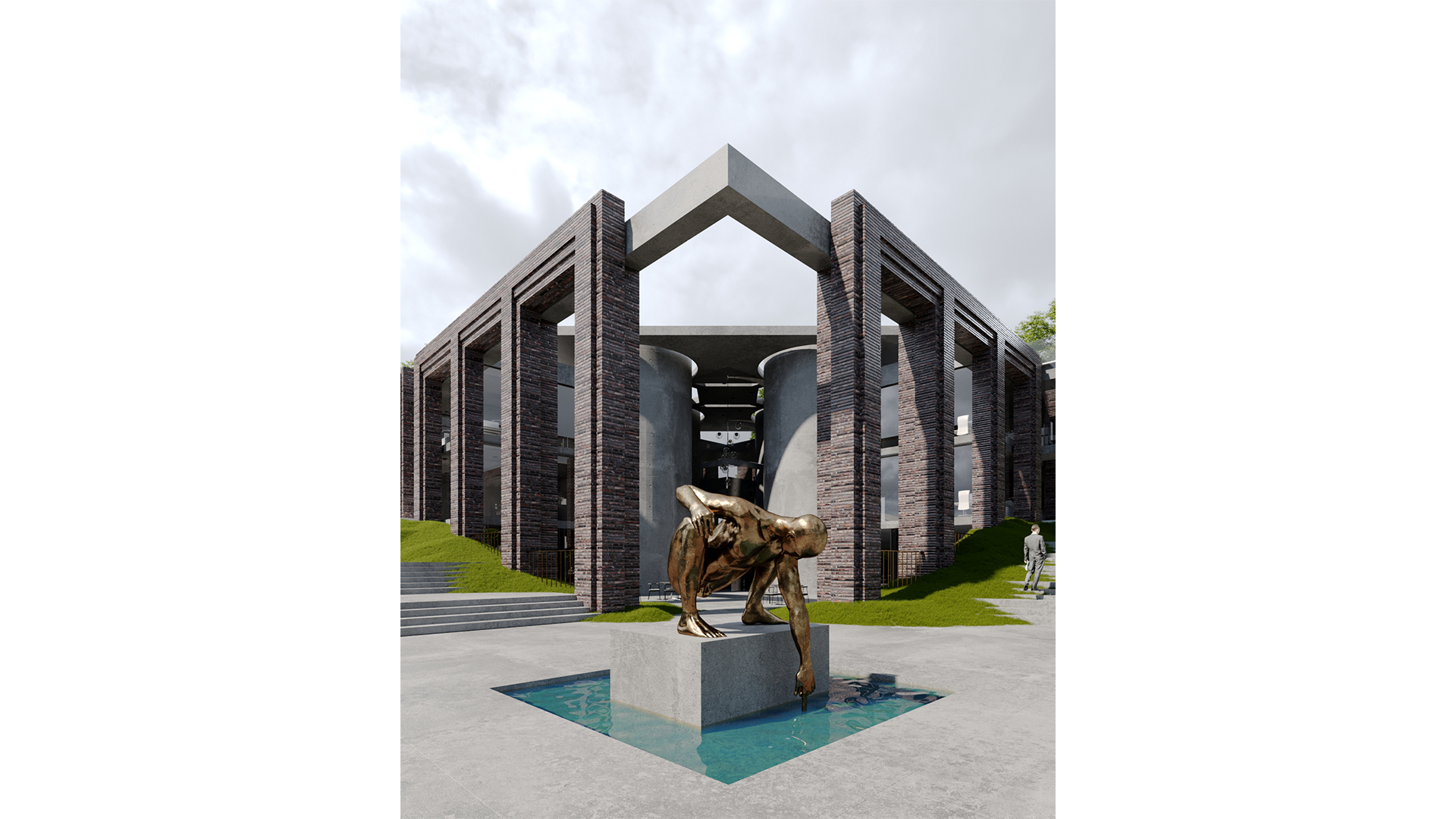 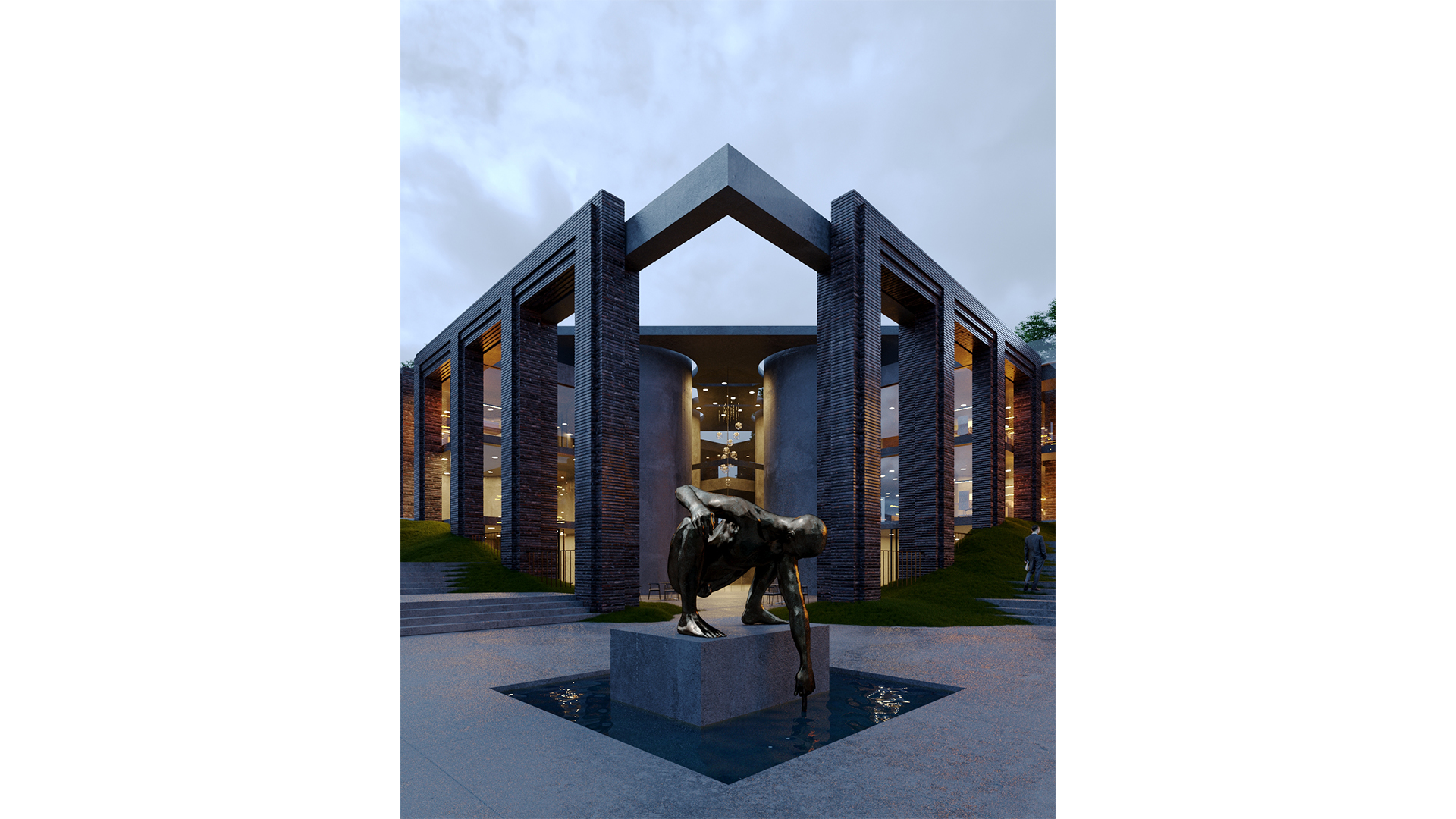 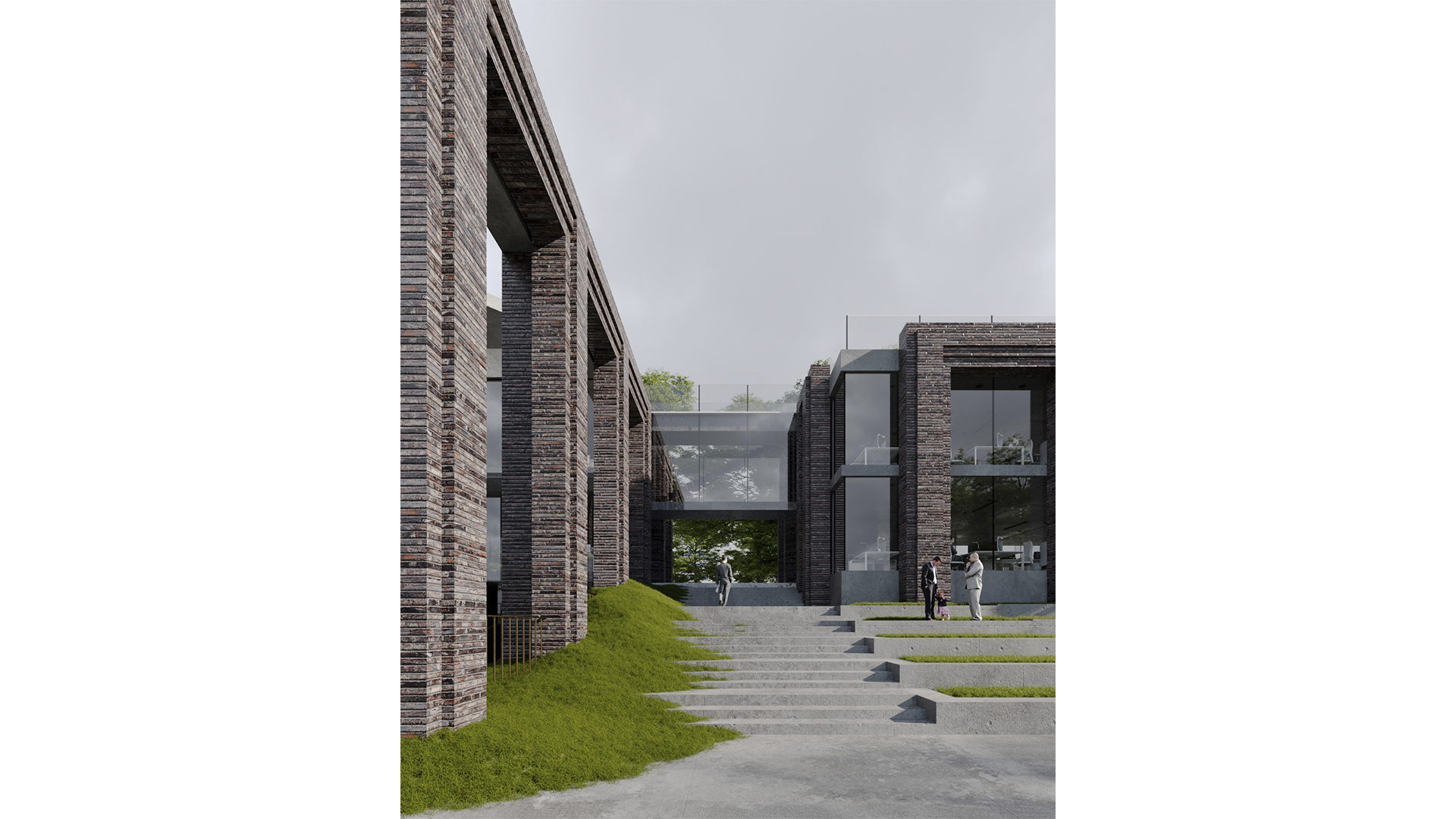 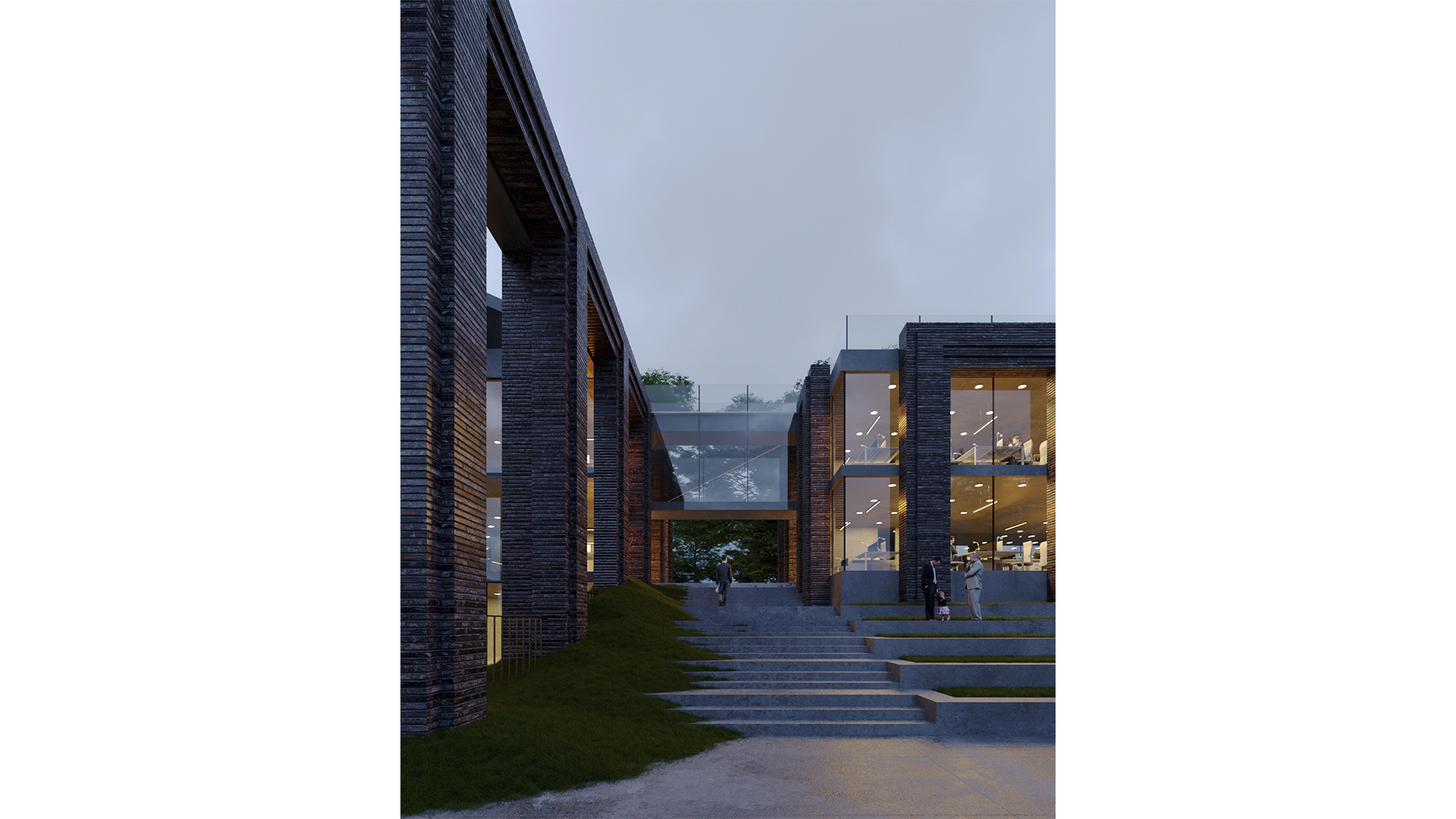 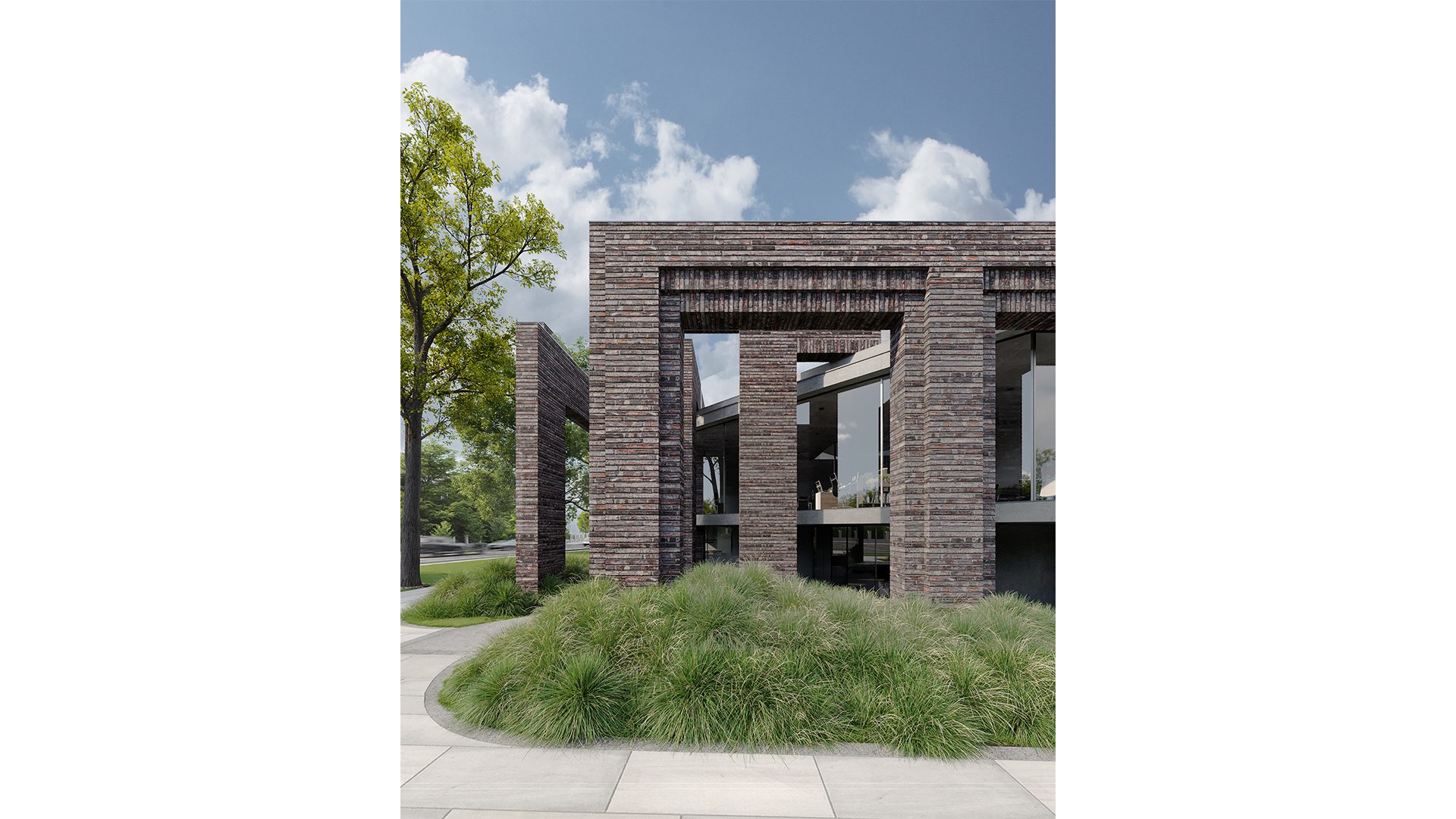 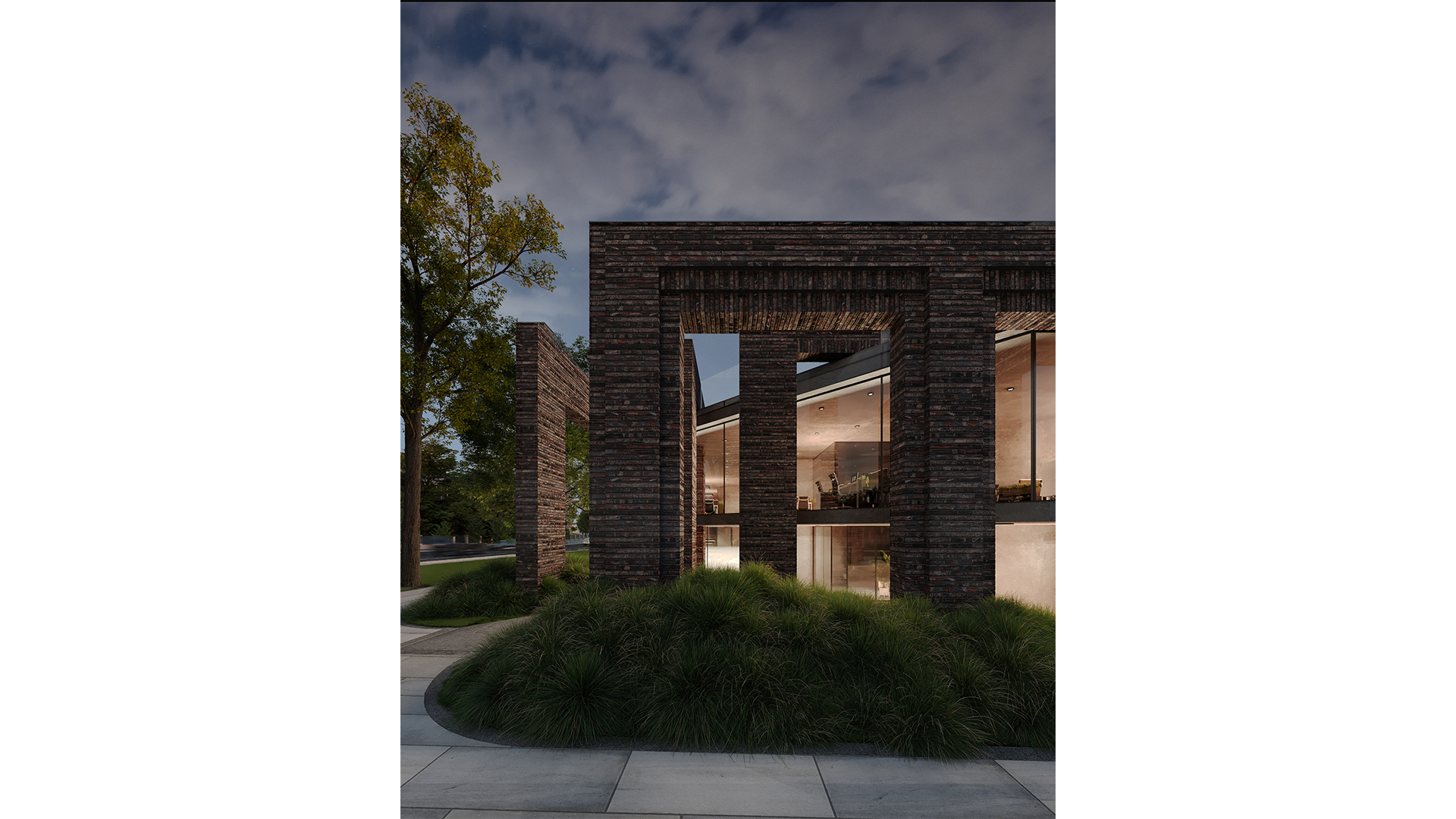 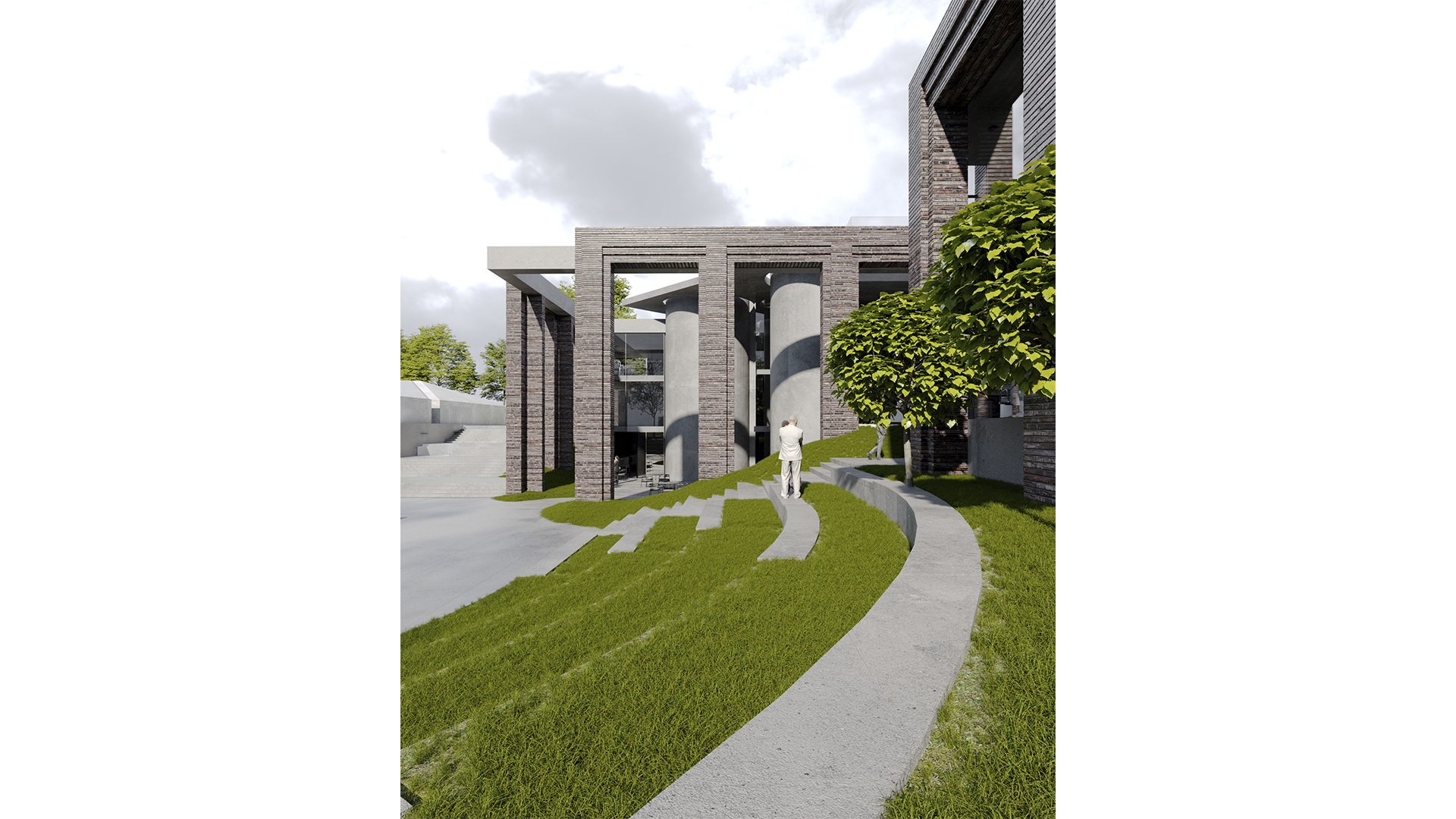 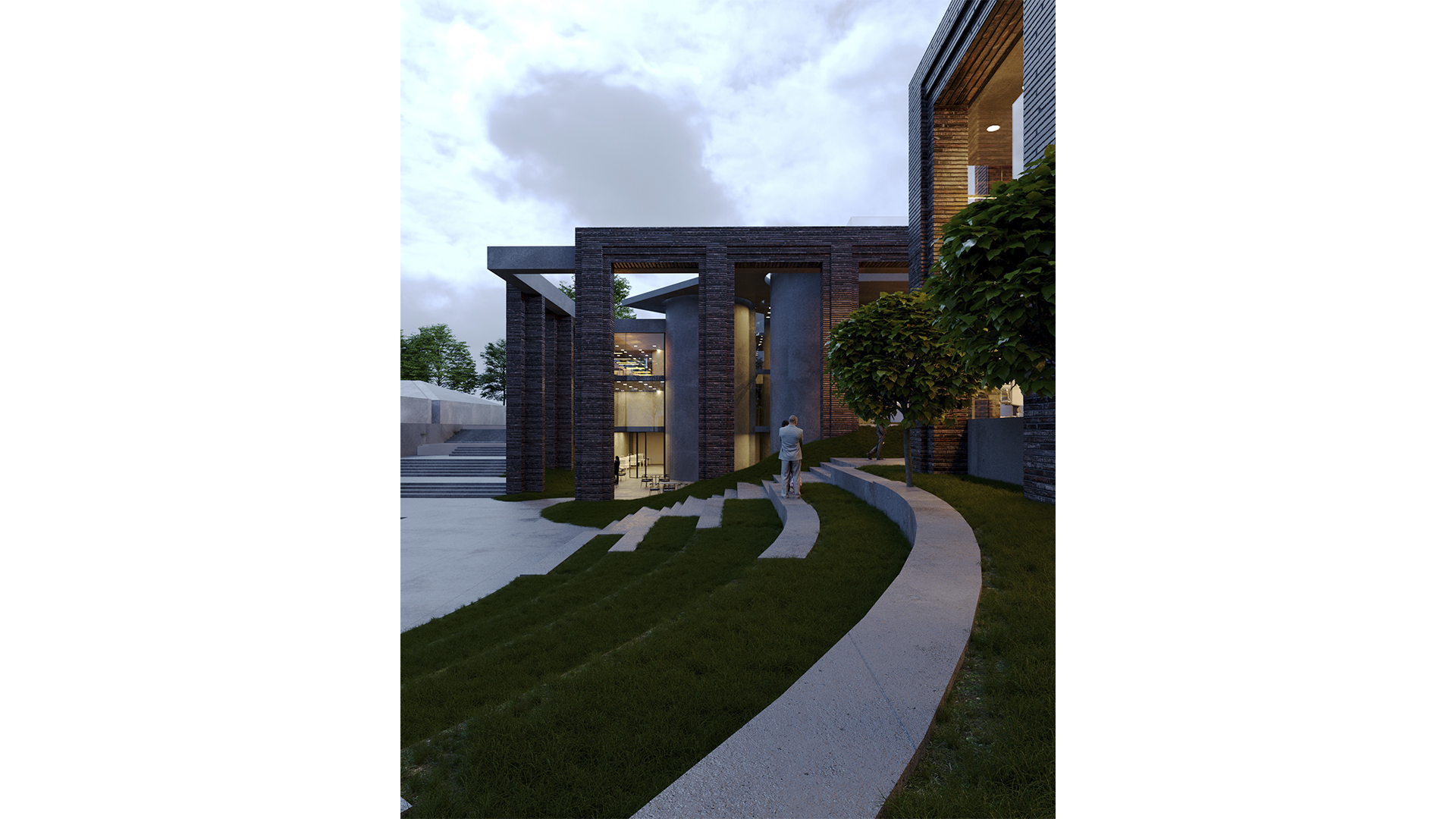 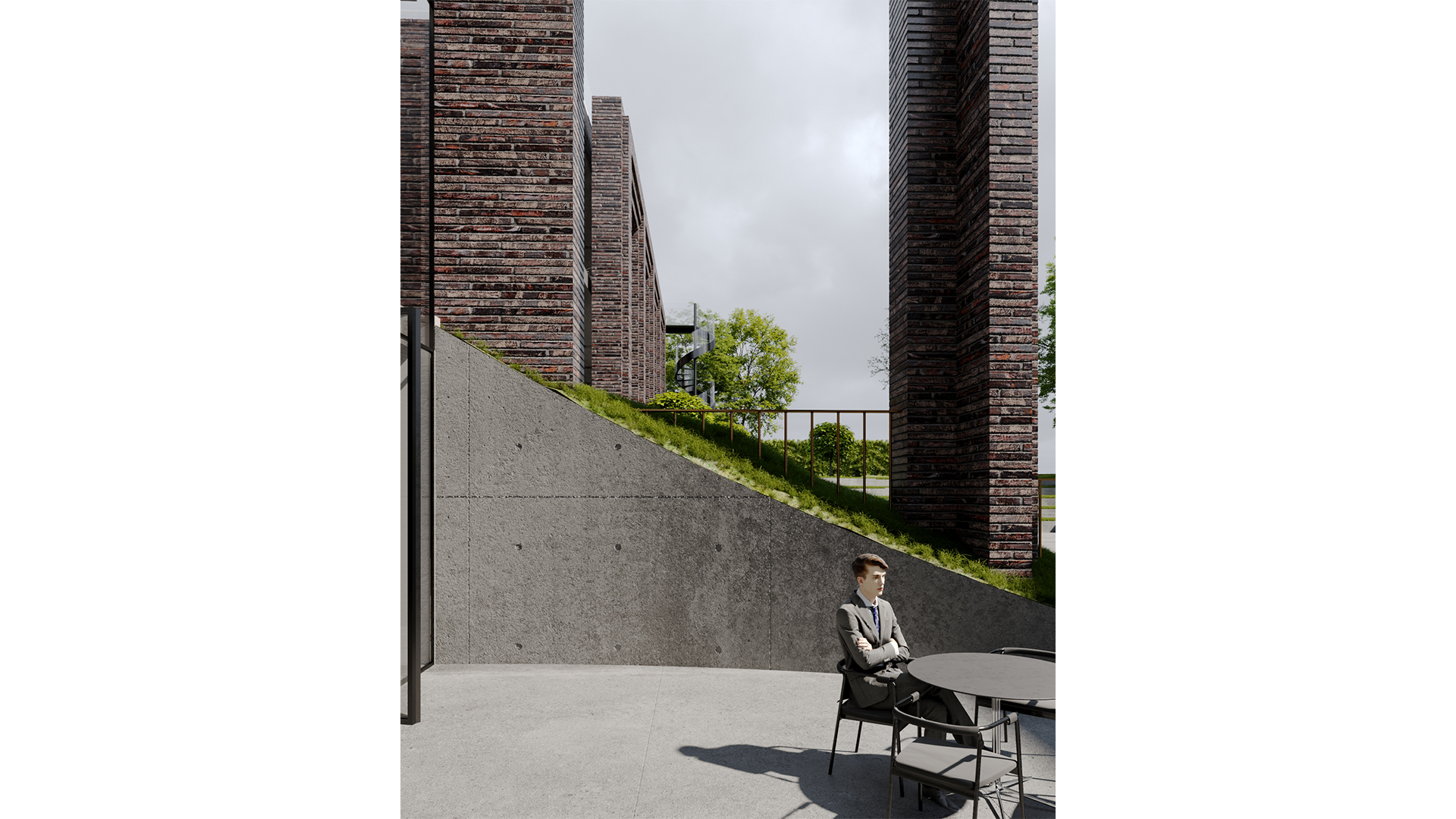 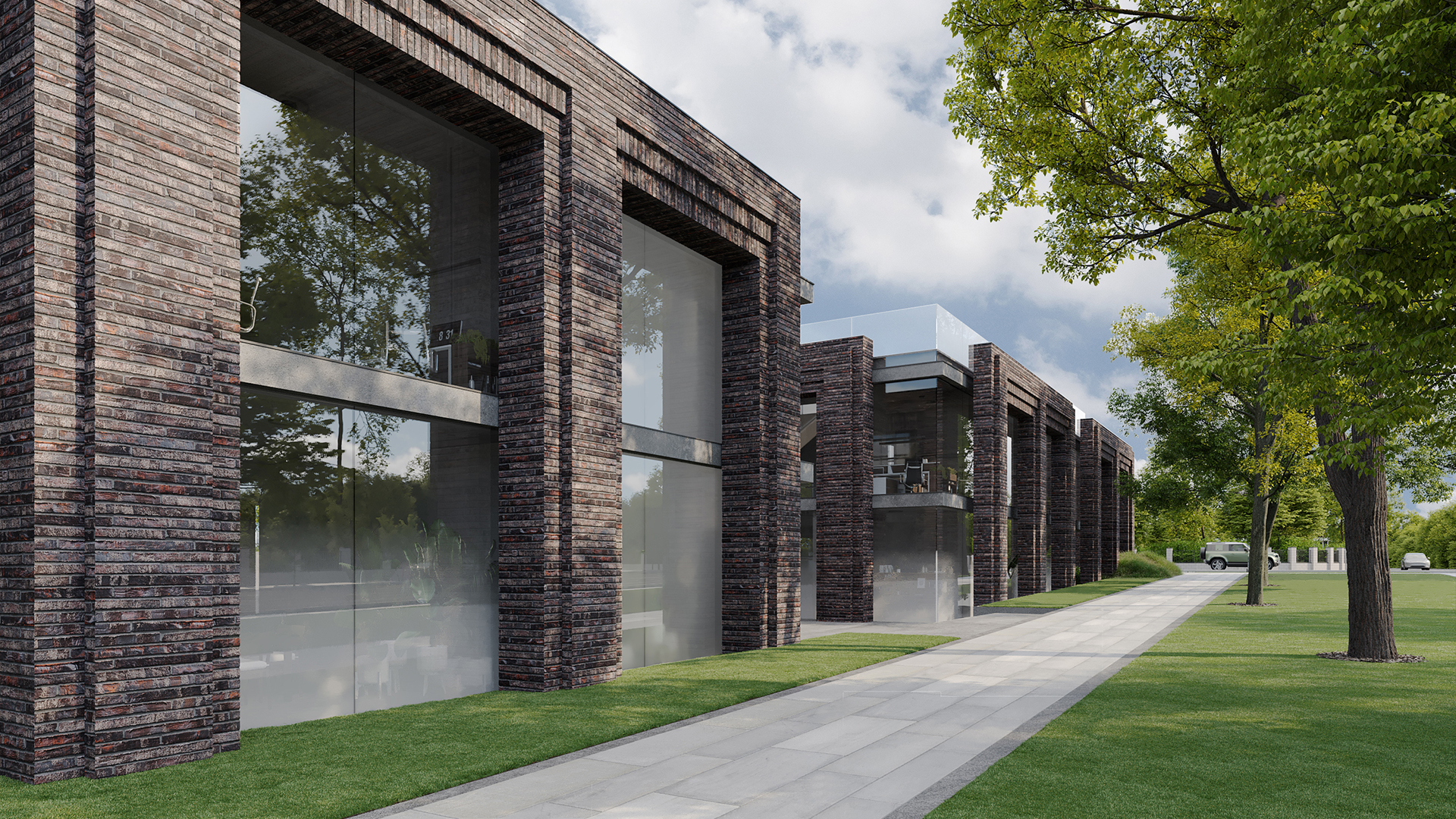 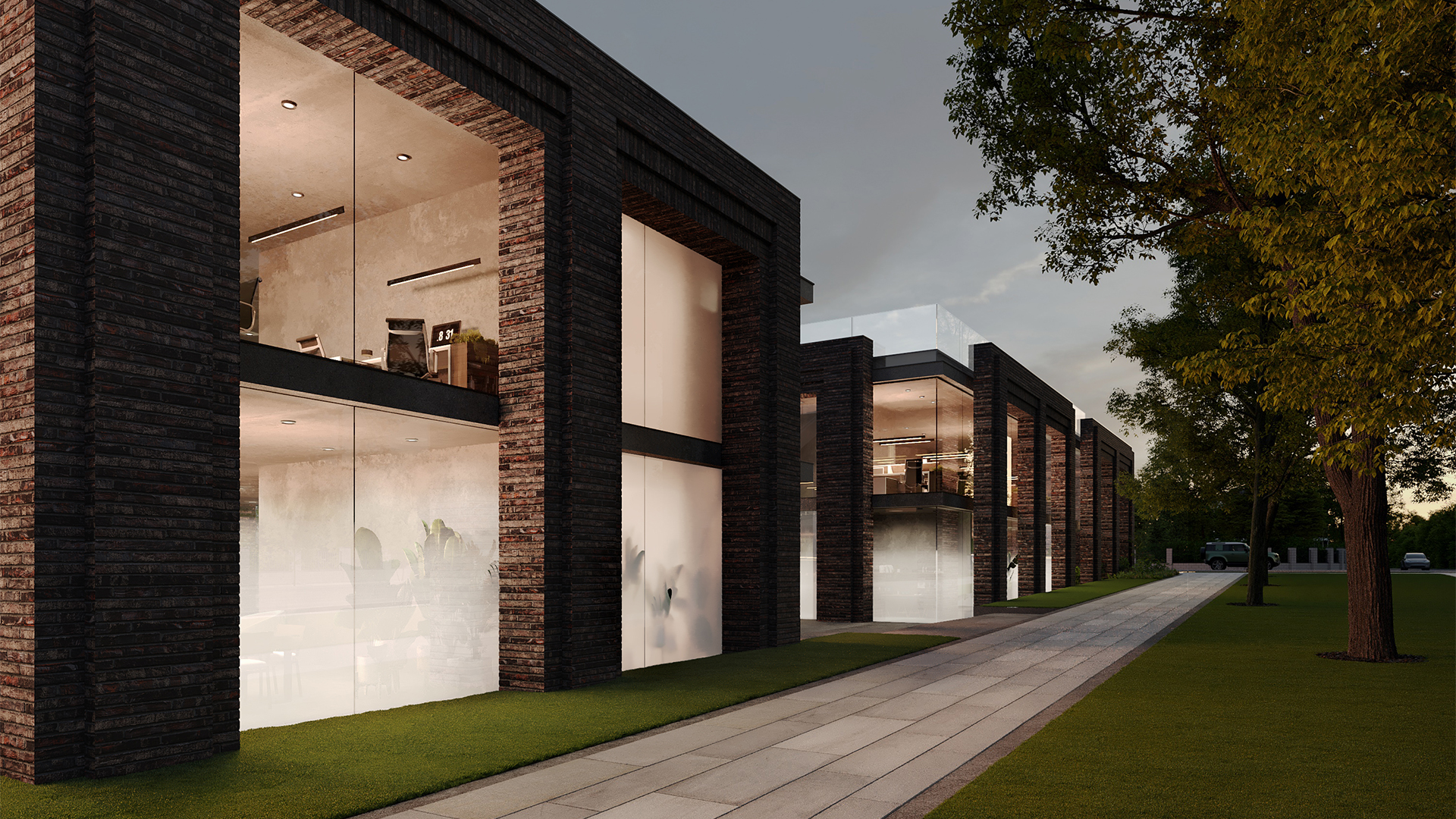 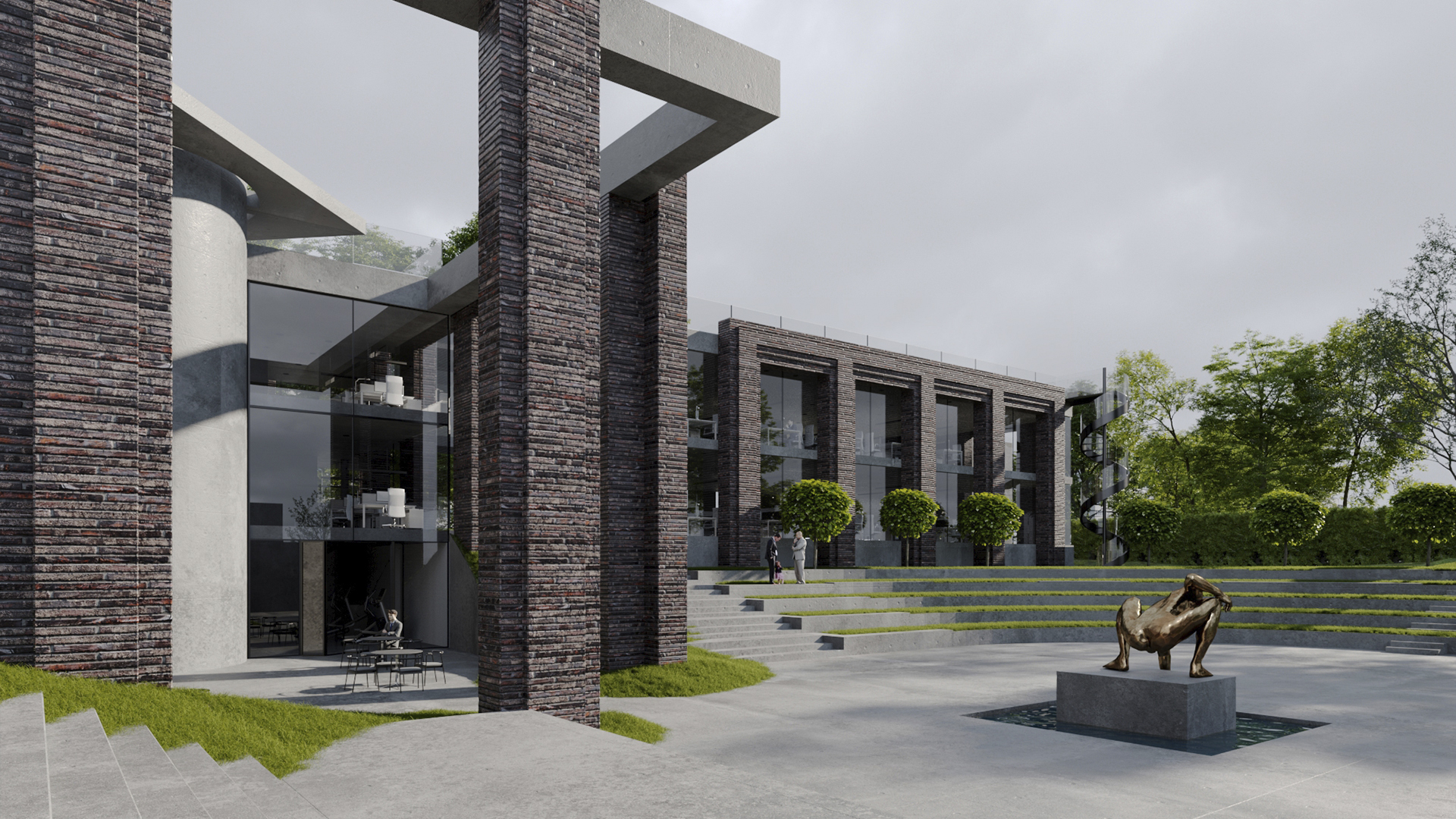 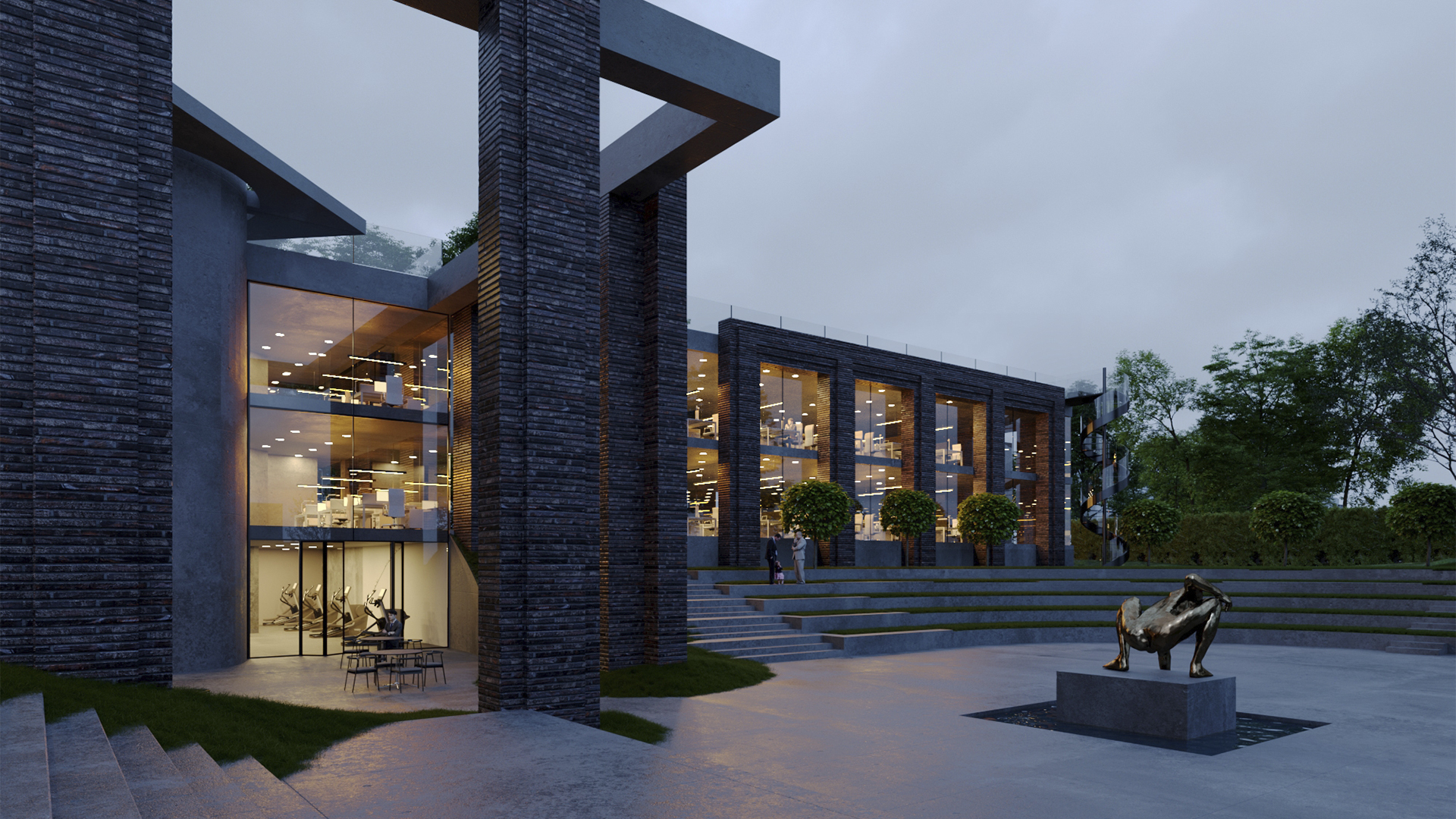 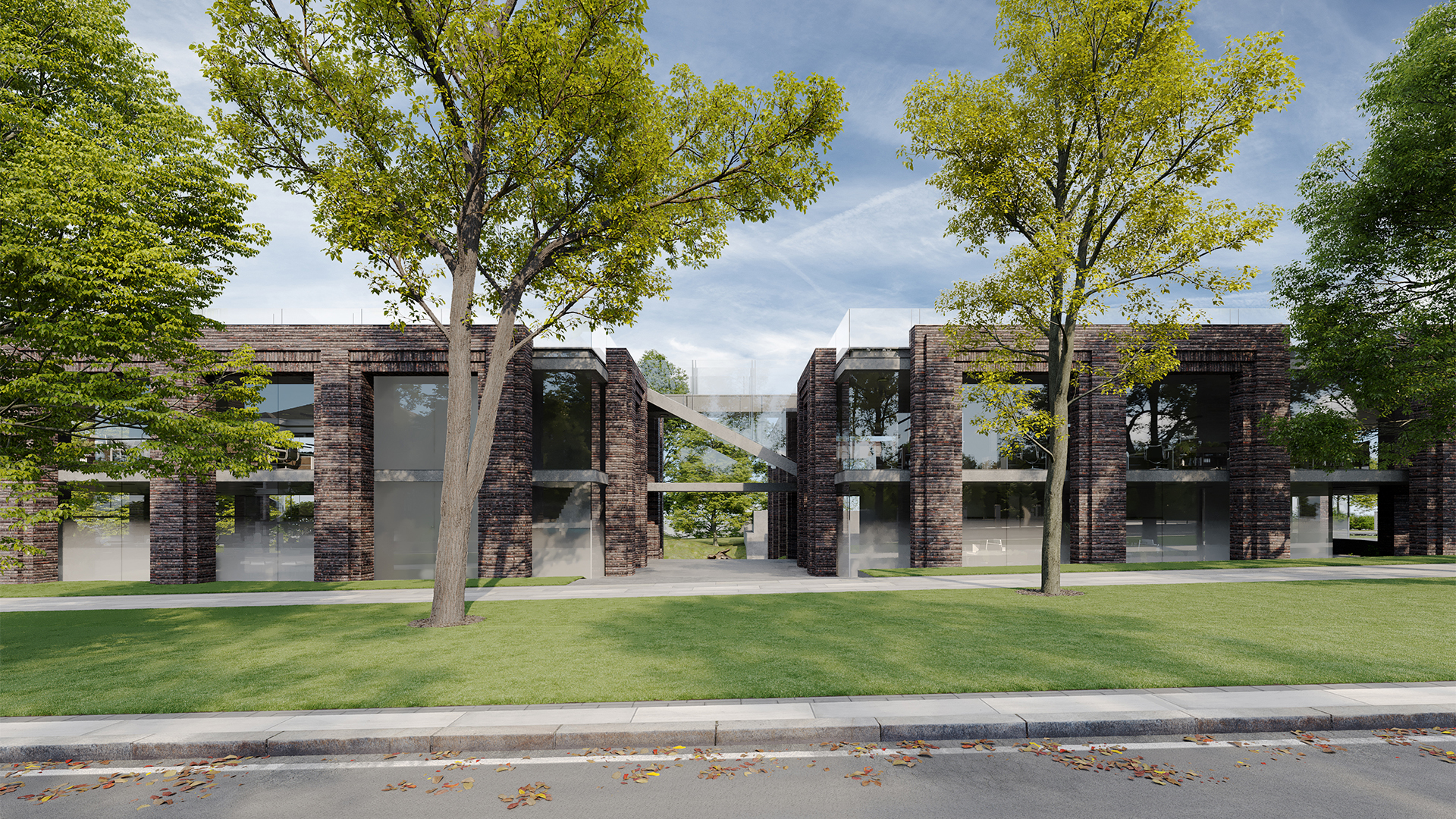 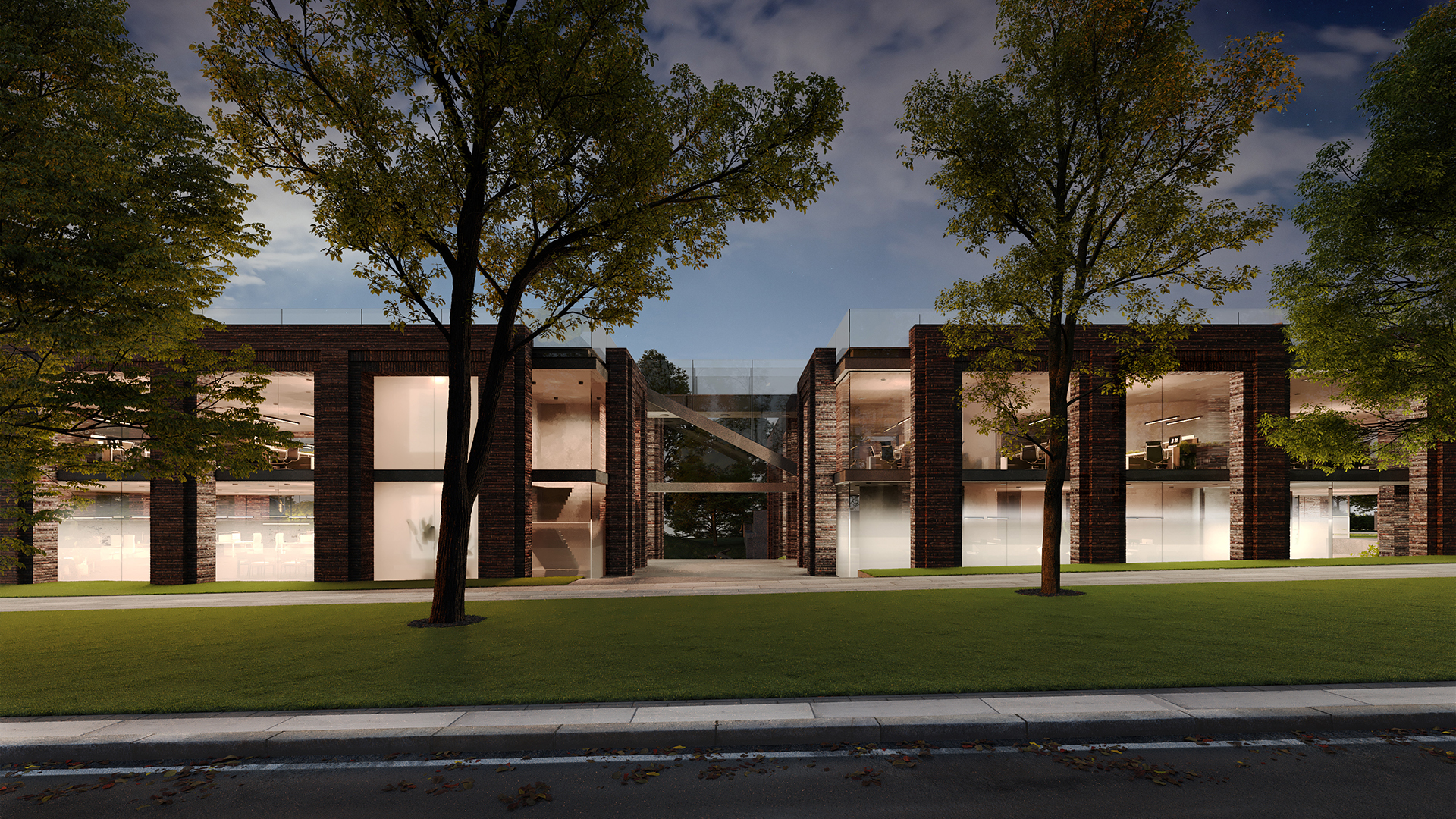 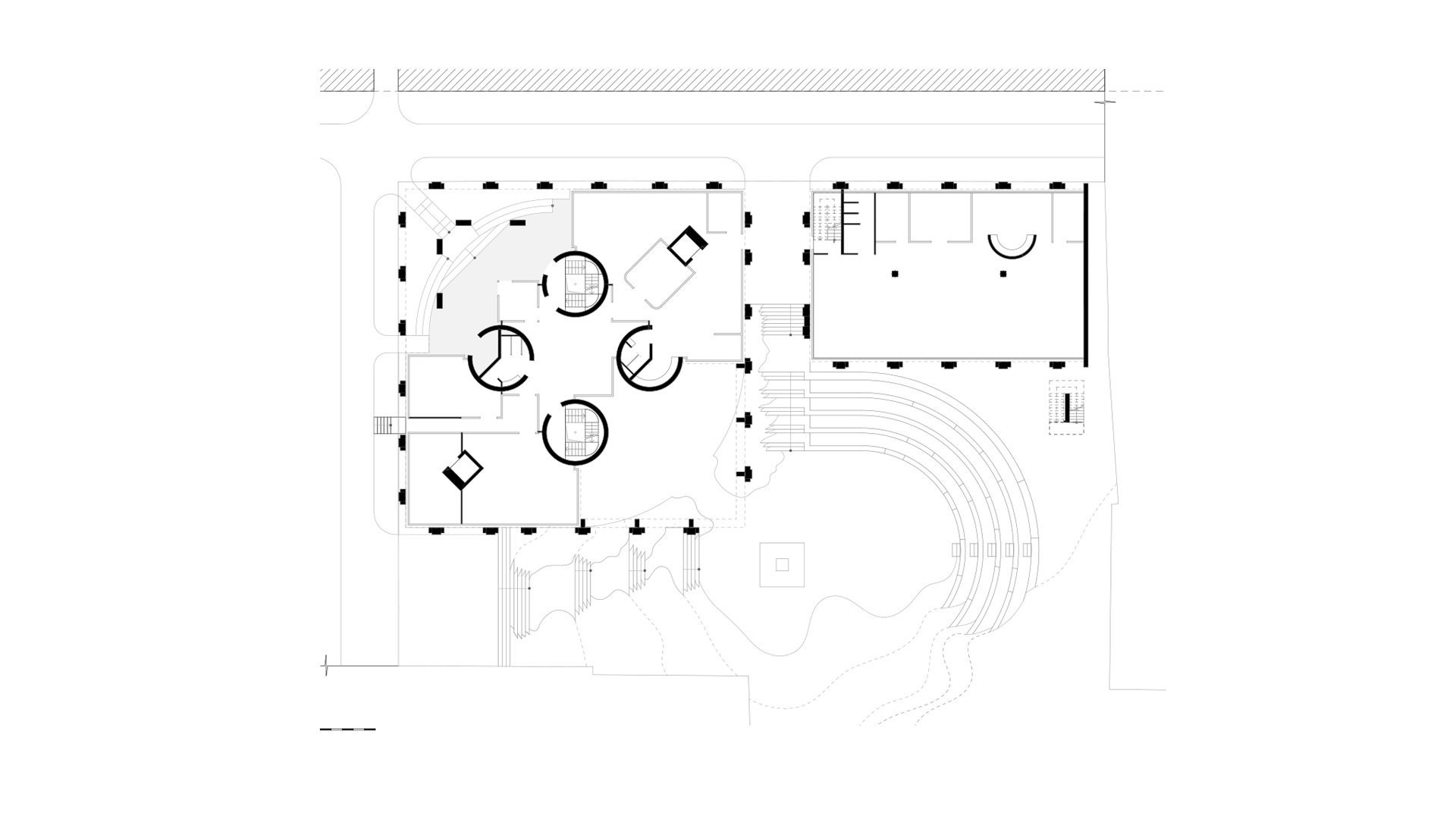 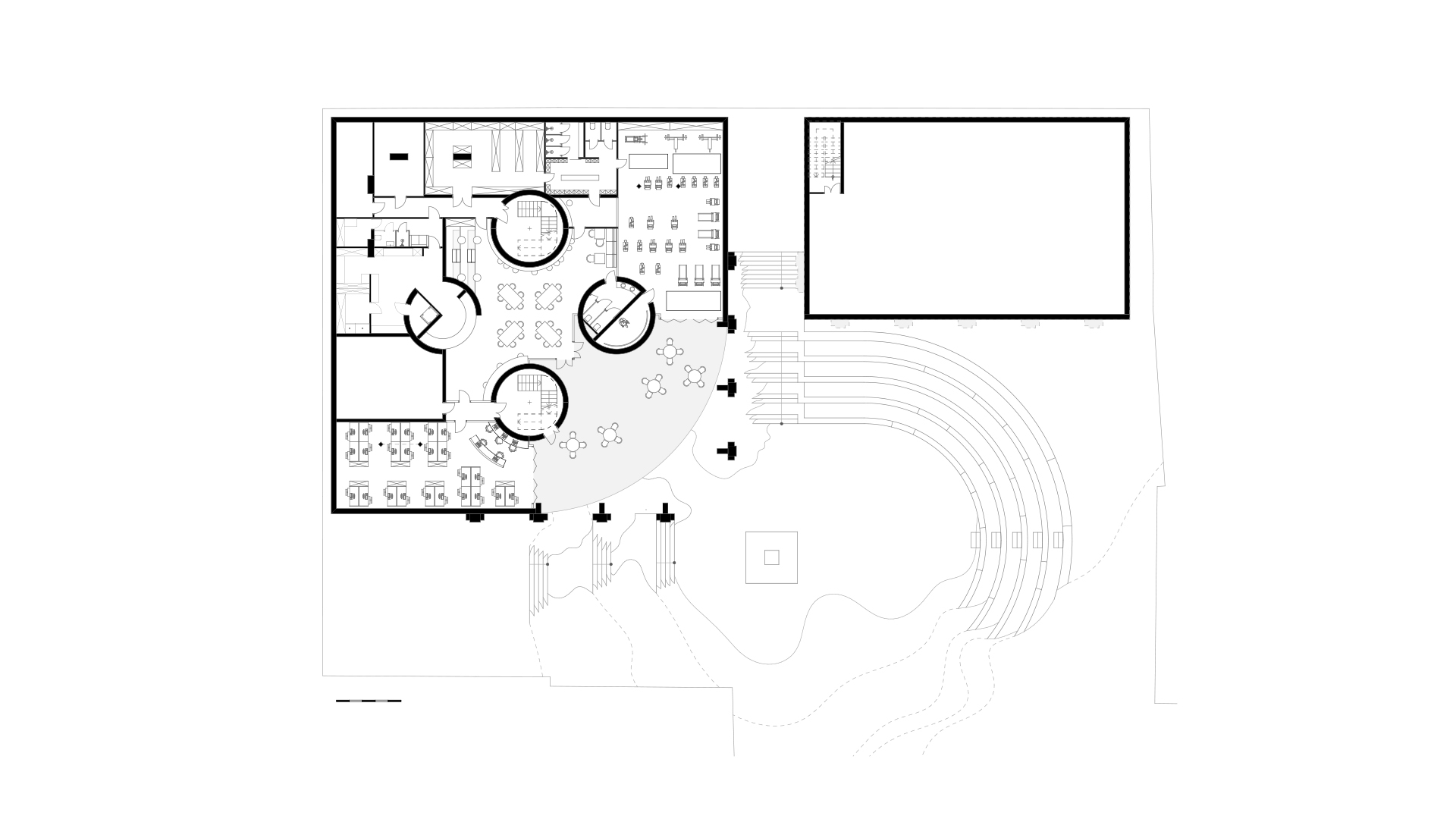 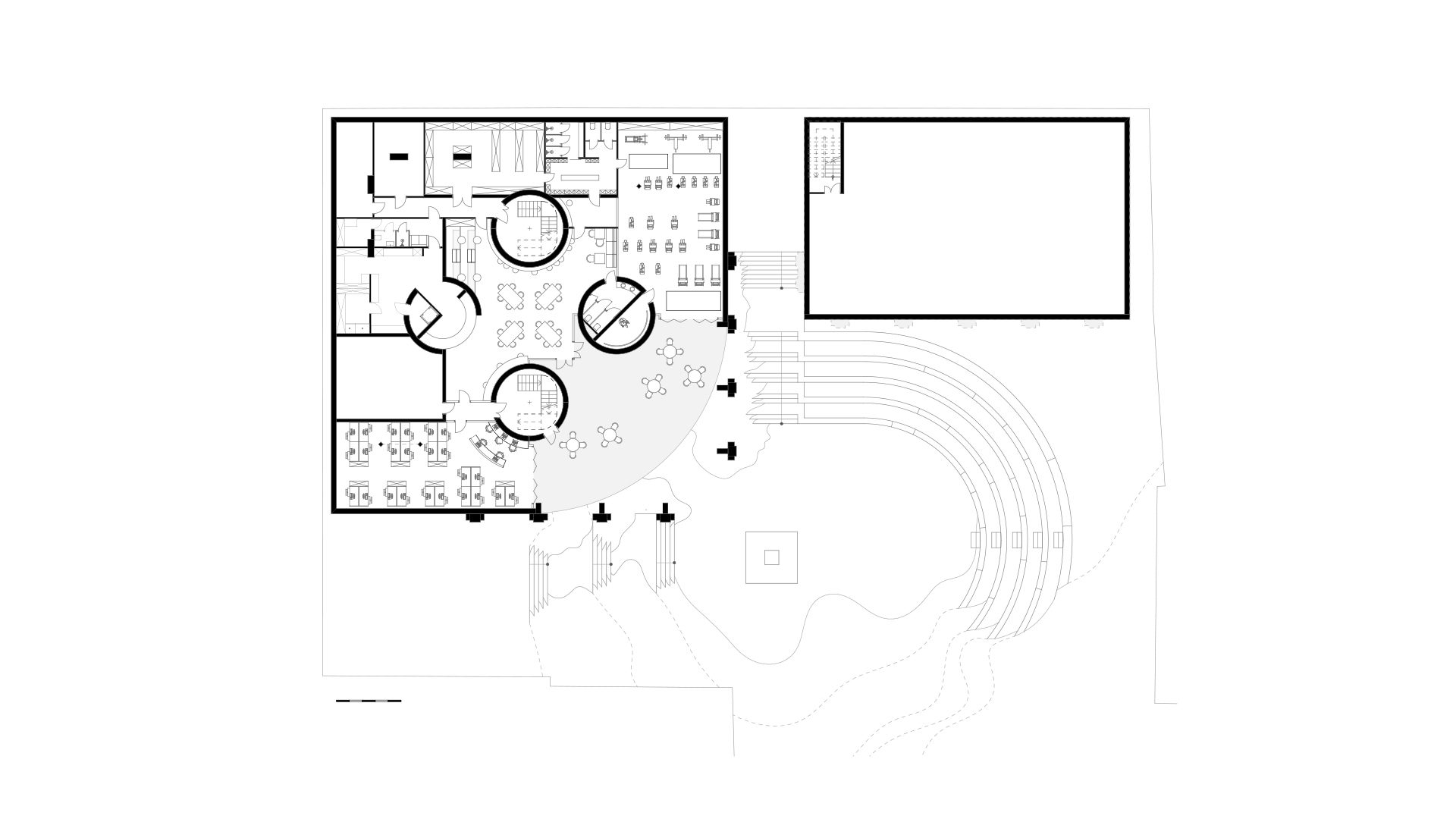 The office for IT-company Oggetto

The conditions of historical building always dictate its specifity in the forming of new images of architecture: planting the construction on the site, storeys, rhythmic, materials. All these criteria not only put on project boundaries, but also help to form new ways of solving towards achieving the objectives. An extraordinary synthesis became the union of environment with the function of the building itself – the office of IT company is a territory of modern technologies, new development, presence of young blood. A priority on a choice of location – the proximity of the university, where the specialists graduate, and potentially can become a part of the company staff. One more serious project feature has been a relief, which set the frame and structure of the entire spatial scheme of the building. The premise consists of two-three storey facilities, connected by the glass gallery of the third floor. If one looks at the building from the main streets’ sides, it seems that it is a two-storey. But entering into the inner amphitheater-garden, it can be seen that behind the screen of translucent facades the third floor is hiding, filled with public spaces. The volume located on the corner of the intersection has a very intense functional filling: from the technical and administrative to entertaining and working, in a format of open spaces and offices. Four concrete cylinders, permeating the entire thickness of forms, are constructive and also a communications element, forming a complex geometrical image of the interior and architecture. The facade itself combines two elements of the office volume – glass cubes concealed behind the screens of alternate brick columns, collected by the way of complex multi-layered masonry, creating the volume and a play of light and shadow.